SCROLL DOWN FOR MORE DETAILS ON THE TOPICS BELOW 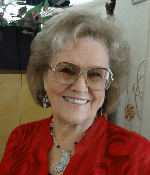 Ronna Herman Vezane, in her 93rd year as I write this is my dear friend, mentor, soul sister, and somewhat of a mother figure as well. She is an authentic messenger for Archangel Michael and was one long before there were so many people delivering messages from the other side of the veil.

I (Randall Monk) have been practicing self-help since the late 1960s and spirituality and metaphysics since the early 1970s.

I first saw Ronna delivering a message from Archangel Michael in front of 1,000 or so people in 1997 at the Wesak Celebration at Mt. Shasta, California.

I started working with Ronna as a spiritual business partner in 2006 when I asked her for permission to share Archangel Michael’s Wisdom Teachings. Since that time, we have been working closely together and have presented many seminars and webinars together over the years.

It can be difficult to know where to start with Michael’s teachings and how to easily implement them in one’s life. My intention for this series is to share Archangel Michael’s teachings in an easy to understand format as well as how to integrate them onto one’s daily life. 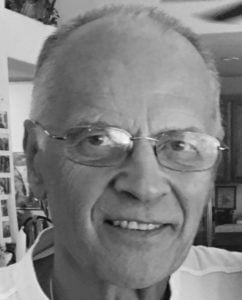 This program is about ascension. We delve into what ascension is and provide practical practices providing a fast track to Ascension.

If this resonates with you click the link on this page to register and be prepared for a life-changing experience!

“For many years I have benefited from the Quest For Mastery programme. Building my ability to hold a balanced energetic space and then step out to apply this in my everyday encounters has been the biggest learning and benefit. I apply it in my business dealings and personal life. I start my day by using the techniques.

With the growing energetic shifts, the practical techniques taught in the Quest for Mastery have become an anchor stone for me. It was AA Michael’s guidance that allowed me to understand and navigate the upshifts occurring on a regular basis. Before I found this knowledge, it was a very disturbing and fearful experience. I am now able to relax into it and allow the shifts to unfold.

I recommend exploring Quest for Mastery and find those aspects that resonate with you. Then apply them and develop your ever-expanding Mastery.” 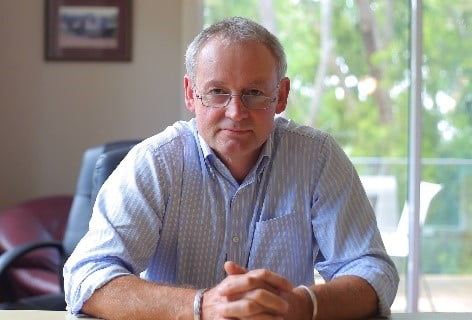 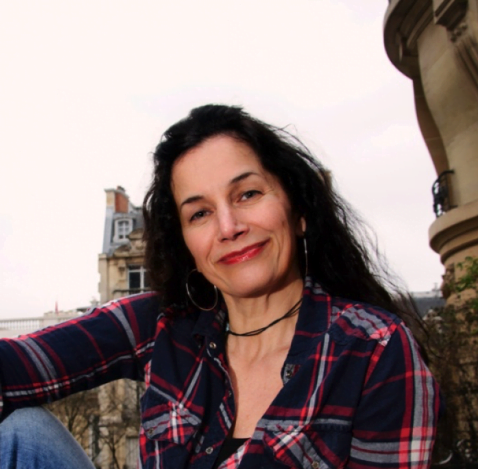 “Archangel Michael’s wisdom teachings as given to us through Ronna Herman Vezane are the main cornerstone of my life and have gotten me to where I am today in my spiritual growth. I am very grateful to Randall Monk, who teaches this wisdom so beautifully and who walks his talk by being a living meditation himself, setting the example for all of us. And speaking of meditations – the guided meditations Randall does transport you to another realm, his voice is a rare gift! Randall, thank you for who you are and all you do!”

“There are no words to express the gratitude I would like to share with both of you for your continued efforts in bringing forth all the unique Divine words of wisdom, teachings, information, meditations, guidance and insight that you do.

It truly has been and continues to be an important part of my personal rise in consciousness, 5th dimensional expansion/being and full integration of all of my facets in this rapidly changing, transmuting time.

During this time there are many people bringing forth different types of information. It can be overwhelming. I find my Heart and Soul continues to guide me back home through your authentic, pure Divine guidance and teachings.

Please know you and your work in Divine service is appreciated more than words can express. I hope you “feel” my heart….

With much love and gratitude!!” 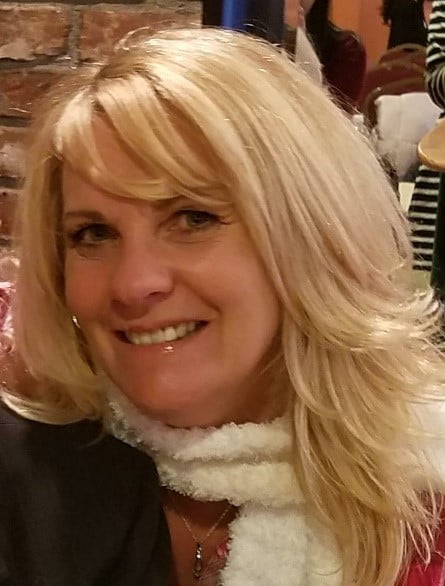 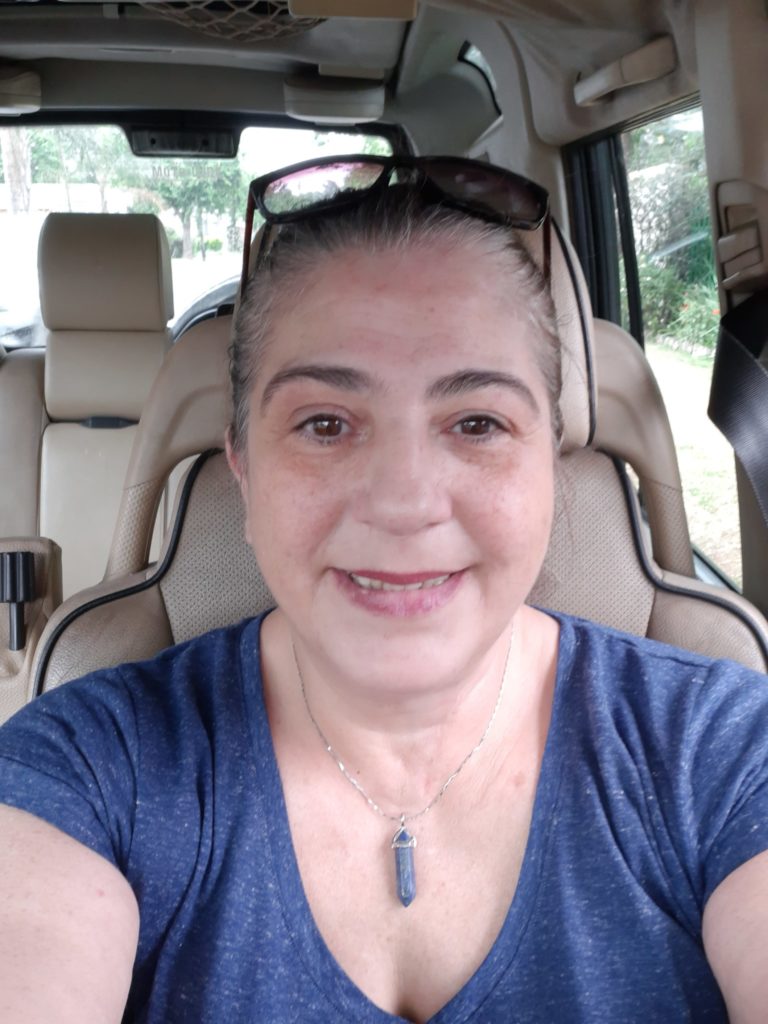 ‘I took the Quest for Mastery at a time where I felt very overwhelmed by all my studies about spirituality. I was confused even if I knew I was guided somehow.

I had a lot of experiences with AA Michael since I was 16. Same dreams with the same man asking me 3 times if I was ready. The same dream came over and over till age 42 where I finally said Yes I am ready. In my dream, over the years, I knew it was Michael (in automatic writing, I wrote his name as M….EL). Then I found Ronna’s blogs and then the Quest for Mastery course.

My goal of taking this course was to incorporate it in my Reiki practice and share it with others. The benefits of this course experience are diverse. First this course helped me work on myself even deeper. Synchronicity became part of my life. The more I was practicing the breathing and meditations, the more I felt connected to my inner self. Lot of things started making sense and I had the feeling that it was what I needed to do. Remember, I started first with your own course Randall and then I applied for Quest for Mastery. All in all, it took me 4 years to work it out within myself. I had to face some fears of worthiness. The kind of ”who am I to teach Archangel Michael’s teachings”?

The other benefits are more about staying centered all the time, my intuition expanded, my behavior towards others changed. I started feeling ONENESS more and more. I also opened a course on Self Mastery and so far I did 2 workshops. I taught the Alpha State and Infinity breath to everyone and till now my clients are doing them every morning.

This is so little compared to the many experiences I had with AA Michael!!!!! I have to thank the Universe about your coaching. You were patient and always responding to my questions. Never pressurized me and always kind. For this, I thank you from the bottom of my heart.”

THIS SERIES INCLUDES THE FOLLOWING:

The intention of this training is to provide a supportive and nurturing environment for those interested in moving to the next level of their personal and spiritual development, as well as people who are interested in teaching the life-altering material given to humanity by Archangel Michael through Ronna Herman Vezane (optional Quest For Mastery teacher certification will be available for those who are interested).

This training is presented by Randall Monk.

This training provides a supportive and nurturing environment for those interested in moving to the next level of their personal and spiritual development.

QUEST FOR MASTERY LEVEL I

In addition to the Fast Track To Ascension series of webinars, you receive the following bonuses: 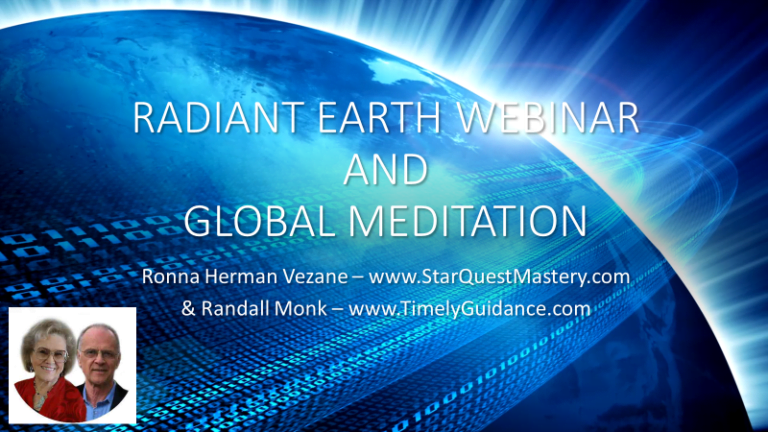 Note: Webinar replays and downloads are available at www.TimelyGuidance.com/webinar 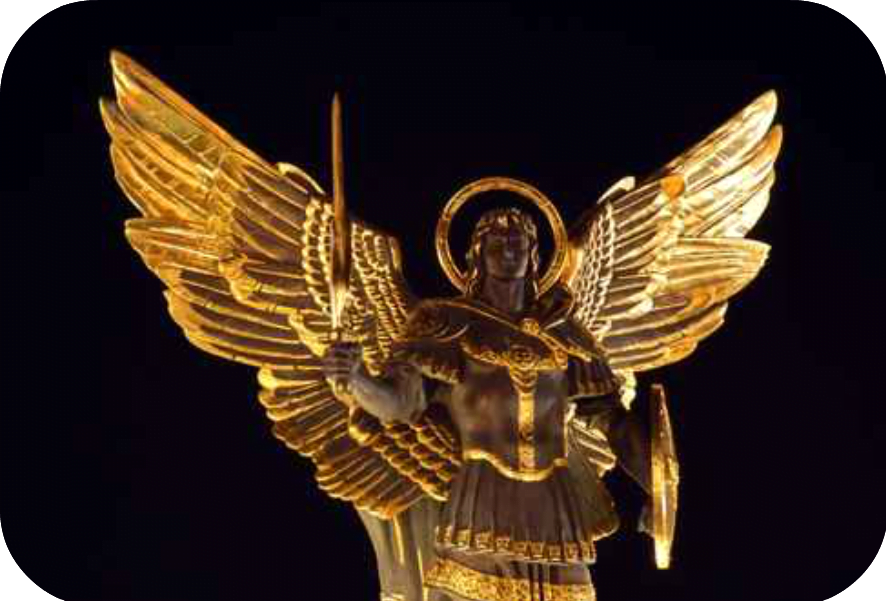 TAKING THE HIGH ROAD – Provided by Archangel Michael through Ronna Herman Vezane (Ronna will be there in spirit) and presented by Randall Monk. More information here: https://www.timelyguidance.com/shop 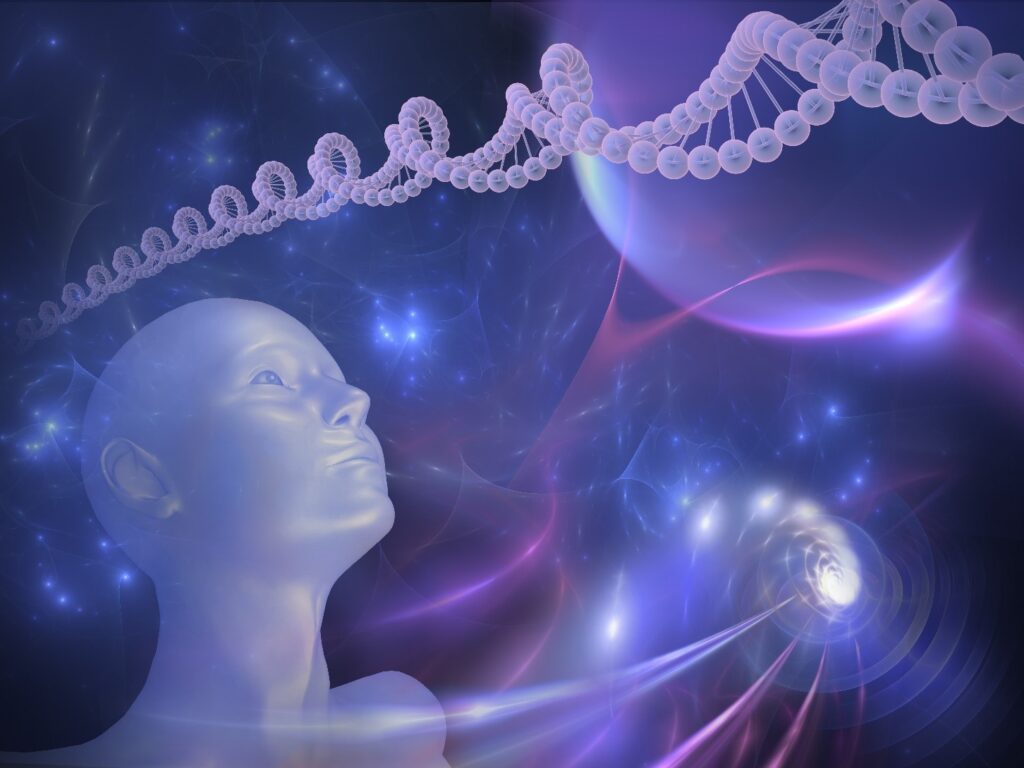 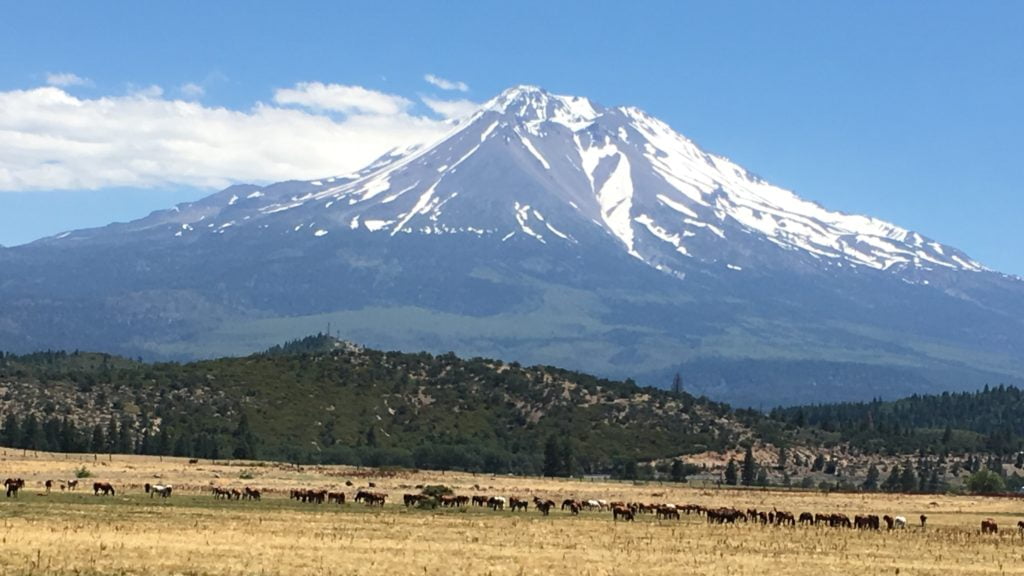 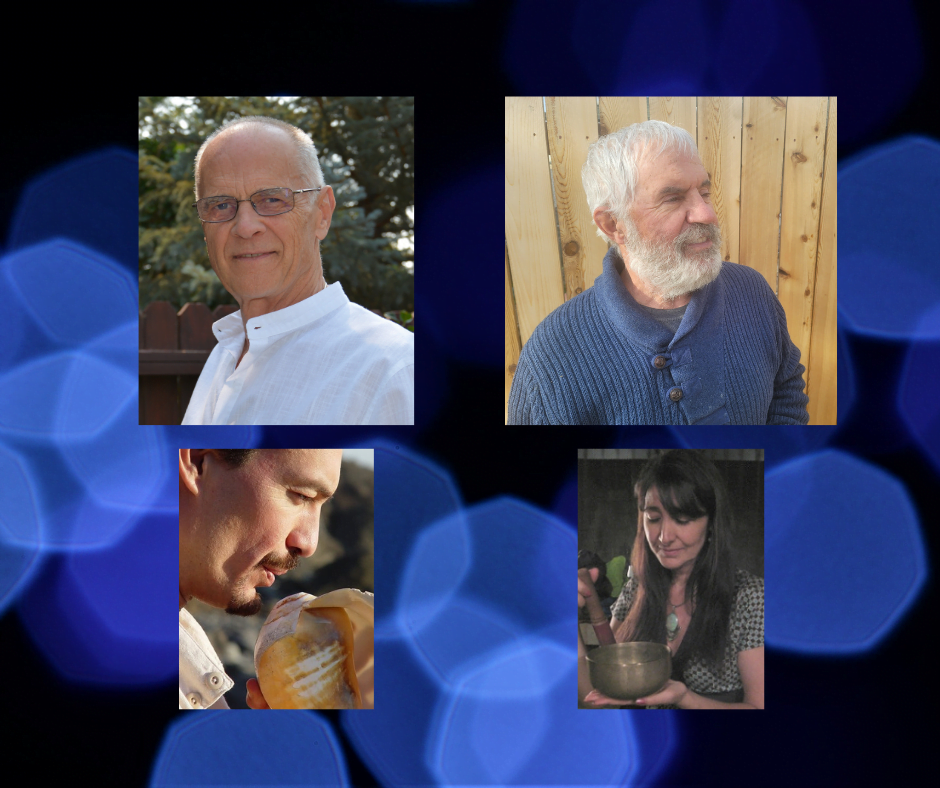 Recommended reading: Activating the Memory Seed Atoms of the Future.

BEFORE THE DEVASTATING DELUGE THAT SANK THE GREAT CONTINENT OF LEMURIA, THE LEADERS OF THE  FEW SOUL GROUP UNITS WHO COULD STILL COMMUNICATE WITH THEIR GUARDIANS, WERE TOLD TO TAKE THEIR PEOPLE AND LEAVE BEFORE THE CATACLYSM. SOME GROUPS MIGRATED TO WHAT IS NOW KNOWN AS THE JAPANESE ISLANDS; SOME GROUPS WENT TO MEXICO AND SOUTH AMERICA, AND OTHERS TO AUSTRALIA. OTHER GROUPS MIGRATED TO THE NORTH–WESTERN AREA OF WHAT IS NOW THE USA TO MT. SHASTA, CALIFORNIA TO THE GREAT INNER EARTH CITY OF TELOS. OVER MANY AGES, THE MANY LEMURIAN GROUPS OF 144 STARSEED SOULS SLOWLY BEGAN TO INCARNATE INTO MANY DIFFERENT SUB-ROOT RACES. IT IS NOW TIME FOR US TO BE REUNITED IN THE PLACE WHERE IT ALL BEGAN FOR US: MT. SHASTA AND TELOS. IF YOU FEEL A YEARNING TO ATTEND THIS GATHERING: YOU ARE ONE OF US!

Great crystalline structures were strategically placed deep within the Earth’s surface when it was first formed. These great clustered spires contain the Divine Blueprint programmed by our Father/Mother God for each sub-cycle of the seven great Cosmic Ages.

Our Earth, humanity and all sentient Beings are now integrating and processing the refined frequencies of the Five Higher Rays of Galactic consciousness. The blueprints for Seven Rays of God Consciousness, for our solar system, have also been upgraded to incorporate the first three sub-levels of our Fifth-Dimensional consciousness. Just as we, the STARSEED Light workers, have been consciously activating the semi-dormant crystalline structures and the Violet Flames in the great earthly caverns for many years now – the time has come for us to begin the process of activating the CRYSTALLINE MEMORY SEED ATOM programming for Galactic consciousness, which is contained within these great sentient crystal structures.

We, as STARSEEDS, were also programmed with MEMORY SEED ATOMS within our SACRED HEART and SACRED MIND. Some of us have gradually been activating these precious Seed Atoms over time, and have been actively performing the service of “activating the MEMORY SEED ATOMS for those who are ready and also for the Earth,” without even knowing it.  However, as Light workers, it is now time for this process to be understood and actively used by all of us: with intention.

Regarding the Mt. Shasta tour, you will need to have your own transportation. Ridesharing is recommended as some areas have limited parking. Also, on Mt. Shasta we will not be on paved roads at times so it’s HIGHLY recommended to have an AWD or 4-wheel-drive vehicle with some ground clearance.

There will be some hiking. You will always have the option of staying behind if it’s something that is too challenging for you.

IMPORTANT NOTES: ALL PARTICIPANTS ARE REQUIRED TO SIGN A LIABILITY RELEASE FORM.

SPACE IS LIMITED, I RECOMMEND THAT YOU REGISTER EARLY.

Walking sticks can be helpful, especially for the Mt. Shasta tour.

JOIN RANDALL MONK, MEMORY SEED ACTIVATOR, ON A JOURNEY TO SACRED LOCATIONS ON MAGICAL MT SHASTA, WHERE WE WILL SPEND TIME IN MEDITATION AND SACRED CEREMONY BURYING ASCENSION COLUMN OF LIGHT STONES.

WATCH THIS VIDEO AND SEE EMPIRICAL EVIDENCE OF THE POWERFUL RESULTS PRODUCED BY BURYING THESE STONES WITH INTENTION: 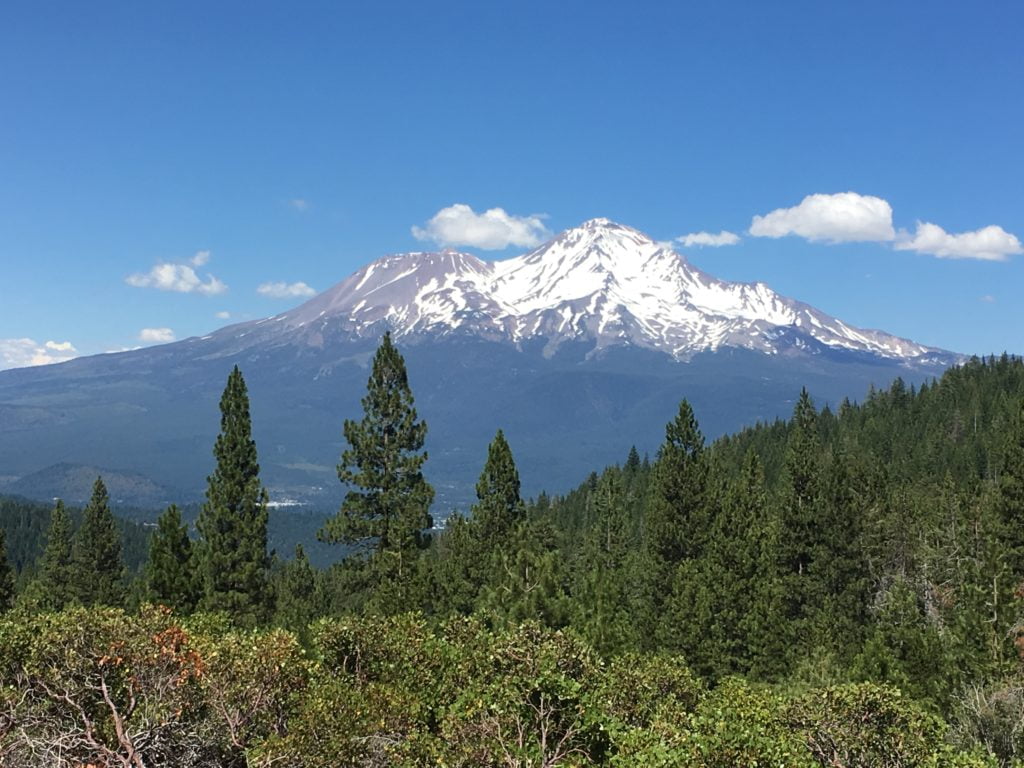 Randall Monk is a student and teacher of self-help, metaphysics and spiritual development.  He has been studying subjects of this nature since the early 1970s and has been teaching them since 2007.  Randall is the author of Life Mastery Tools For The Age Of Ascension.  He also co-authored the Becoming an Alpha Master audio program with Ronna Herman Vezane.  For several years, he has been working closely with Ronna, a messenger for Archangel Michael. Randall is a Prime Memory Seed Crystal Activator and as such works closely with a group of angels and special, encoded Seed Crystals.  He also helps people discover their life purpose, manage life’s challenges and manifest their dreams, via webinars and workshops. 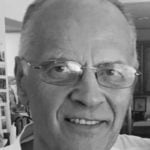