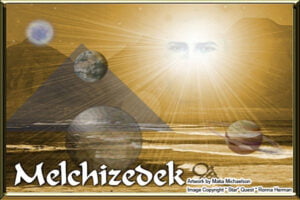 You are going through challenging times, dear ones.  These are the times you incarnated to experience.  These are times of significant personal transformation, should you decide to use them as such.  It is during periods of difficulty that you, as human beings, have the opportunity to expand your consciousness and make quantum leaps in your spiritual development, if you remain conscious and if you employ the necessary tools.

Challenges are a way of life on planet earth.  For some of you, life’s challenges are like a pothole in the road, and for others, they appear to be the size of your Grand Canyon.  With practice, you can move through life’s ups and downs like a joyful ride on a roller coaster.  You have the ability to manage difficult times with ease and grace.  You determine if your journey is a stressful one or a joyful one.  Being in a human body can be challenging, but it does not have to be.  The key is to remain present, conscious, and flexible.  Be aware of what is happening in the NOW moment and make the necessary adjustments to move with the river of life, rather than against it.  As you move with the energy in this manner, life becomes a joy, and so much easier than when you resist the natural flow.  To do this, you do not need to see far off into the future, just the next step or so.

As you learn to “read” the energy and move in the appropriate direction, you will find yourself in a new world, enjoying the beauty of life as unexpected doors open and magnificent vistas appear on the horizon that were totally unexpected.  Life becomes a sublime experience of ever-expanding joy and bliss.

Each and every one of you has more assistance beyond the veil than you can imagine.  Ask for our help, and it will be given.  However, you must remain conscious to recognize our help when it arrives, for it will come in many forms and through unexpected channels.

You are loved beyond your knowing.

I have found that life becomes more complicated when I resist the natural flow of energy.  I’m going to give some examples from my own life experience of how I moved with the energy to illustrate what Melchizedek is referring to.  By the way, I had no idea that I was following the energy until years after my first experience.

When I was 18 years old, and about to graduate from high school, I was concerned about being drafted into the U.S Army and sent to Viet Nam to fight in a war that I did not want to participate in.  I was told that if I went to college or was married with a family, I would not be drafted.  I don’t know if that was true or not, but I thought it was at the time, so I acted accordingly.  I was not ready for college or marriage, so I ruled out those options.  On the other hand, I did not want to be drafted and sent to Viet Nam either.

After giving it some thought, I wondered what would happen if I volunteered – if I enlisted in the Army.   That seemed contrary to what I wanted because I was not interested in being in the military period!  But, since the idea came to mind, I figured that I should at least look into it.  As it turned out, if I enlisted in the Army, I could request two locations where I would like to be stationed, and while it was not guaranteed, I was told that my request would be considered.  I asked for Japan or Germany.  As a result, I was stationed in Germany!  I had a wonderful time (except for the military part) and had the opportunity to visit Switzerland, Belgium, and Holland while I was there.

At the suggestion of my commanding officer, I went to college on the GI Bill after coming back home, as I continued to follow the energy.  The GI Bill was an educational assistance program for ex-military personnel.

Much later in life, in December of 2006, the company I had been working for as a wholesale sales representative in the mortgage business declared bankruptcy and went out of business.  I had been in the mortgage business since 1978 in various capacities, so even though I never had a passion for that business, I was comfortable with it.  It gave me a lot of freedom and a good income.  After the company I had been working for went bankrupt, I tried holding on to what I had been doing for 28 plus years, by working for three other companies during 2007.  It wasn’t working; it was evident that the energy had shifted, and it was time for me to do what I had in regards to the military and go where the energy wanted to take me, which was in a completely different direction.

I had planned to step out into the world of self-help, metaphysics, and spirituality as a teacher because I had been studying and practicing those topics since the early 1970s, but I intended to do it gradually.

I decided that it was time to cut my ties with the mortgage industry and move in the direction the energy was taking me, where it was apparent that the Universe wanted me to go.  This was a major, life-altering decision because it required me to reinvent myself.  So here I am, years later continuing to do what I came here to do, sharing knowledge and wisdom garnered over the years.

What I have found is that it is very obvious when we are moving with the energy because there is a nice flow to life.  Things go our way, unexpected doors open, and life is good.  There may be challenges; however, we’re able to deal with them.  It is also obvious when we are not moving with the energy.  Things just don’t go as smoothly, and there are more complications.  When we frequently encounter obstacles, it is the Universe telling us that we need to make an adjustment.  It may be a slight change or a significant life-altering modification.  These practices apply to all areas of life, including relationships, health, and one’s spiritual path, to name a few.

1 thought on “MOVING WITH THE ENERGY”

This site uses Akismet to reduce spam. Learn how your comment data is processed.

Hello, Randall Monk here. Welcome to Timely Guidance. I appreciate that you have taken the time to visit my website. Much love and many blessings, Randall

Recent Posts
Recent Comments
Archives
Categories
Recent reviews
Products
We use cookies on our website to give you the most relevant experience by remembering your preferences and repeat visits. By clicking “Accept”, you consent to the use of ALL the cookies.
Cookie settingsACCEPT
Manage consent

This website uses cookies to improve your experience while you navigate through the website. Out of these, the cookies that are categorized as necessary are stored on your browser as they are essential for the working of basic functionalities of the website. We also use third-party cookies that help us analyze and understand how you use this website. These cookies will be stored in your browser only with your consent. You also have the option to opt-out of these cookies. But opting out of some of these cookies may affect your browsing experience.
Necessary Always Enabled

Any cookies that may not be particularly necessary for the website to function and is used specifically to collect user personal data via analytics, ads, other embedded contents are termed as non-necessary cookies. It is mandatory to procure user consent prior to running these cookies on your website.